Waiting for me last night after our dinner was a Penguin made out of towels by our steward Imam. He told me he was making me a monkey but I like the penguin better.

Last afternoon, we left Ushuaia on a Southeasterly course to skirt the necklace of islands on its starboard side. Then we entered the Beagle Channel where Charles Darwin sailed on the HMS Beagle, as official naturalist, during its world voyage of 1831. On the starboard side of the ship (where our cabin is located) you see the magnificent Cordellera Darwin and its array of imposing and impressive glaciers.

It is going to be hard to identify each of them but I will try with the help of my Dad, a map and my Mom’s photographs. But it was the most beautiful natural scenery I have ever experienced. There was no sign of life except for the occasional duck floating by, sea birds soaring on the thermals and in one area of thundering waterfalls a small lodge, probably for the intrepid visitors to this remote part of our world. I can only let the pictures speak for themselves.

We only have a short interval to post and I want to share as many photos as possible. But when we get back home I will have them all up on Flickr for everyone to enjoy.

This is Frederick and I love science and have read about Darwin in my class taught by Mrs. Fazzari. 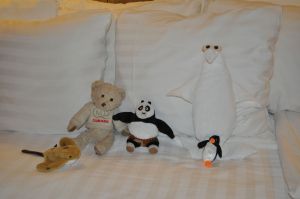 Imam's Latest Twist on Towel Art, A Penguin with My Other Friends 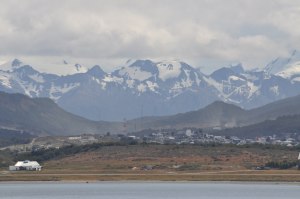 Leaving Ushuaia with Cordellera Darwin and Glaciar Martial in Background 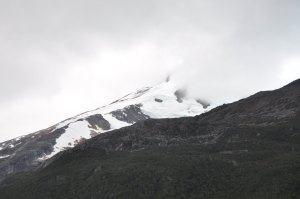 Glaciar Alemania. The First Large Field on The Beagle Channel out of Ushuaia 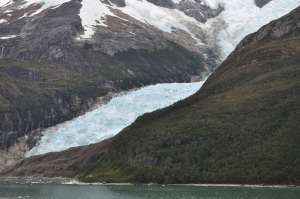 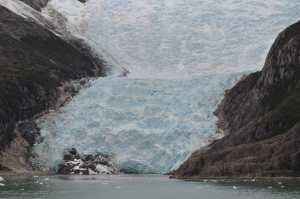 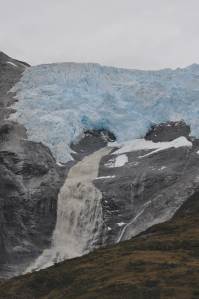 Glaciar Espana and Its Muddy Waterfall flowing into The Beagle Channel

3 thoughts on “Have You Got Glaciers?”